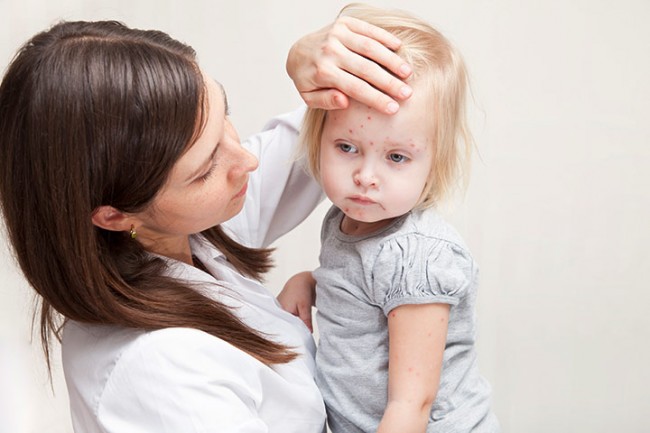 Measles is a sickness that is caused by the Rubeola virus. The occurrence of this sickness is rare due to the immunization that all children take to prevent its occurrence. There has always been a fear associated with the catching of measles, because of the form in which it captures the body.

Measles has nearly been eradicated except for a few cases popping up here and there. As a matter of fact, Orlando in Disneyland has been in the news for the outbreak of measles that spread to several states in the United States. One reason that could have caused the outburst at Disneyland could be the catching of the virus by a person who has not been vaccinated and that spread like wildfire.

Now since we think that it has been eradicated, most of us do not even know the symptoms of measles. Let us discuss them.

Measles starts with a fever that can be mistaken for a viral fever.

The affected person might feel tired or sick all the time, along with suffering from body ache and pains.

The virus will cause a person to keep away from food and drink.

This symptom usually accompanies a fever. So if you’re suffering from more than one symptom, it’s better to get it checked.

A dry cough comes as a part and parcel of suffering from measles.

How to Make Peanut Butter from Scratch

How to make Healthy French Fries

When The Body Says, Let’s Visit The Doctor

5 Facts you need to know about Lassa fever

5 Signs that you are too sick to work out

5 Signs that you are addicted to sugar

4 Reasons to keep your child from school

Get our wellness newsletter

Nurture yourself with health tips, wellness advice and more.